Stay Updated: Newsletter Sign Up
We are better
Together
Join Special Olympics Wyoming: Creating an inclusive & welcoming world for all!
Explore Sports
Get Involved

The mission of Special Olympics Wyoming is to provide year round participation in sports training and athletic competition in a variety of well-coached Olympic-Type sports for individuals with intellectual disabilities by providing athletes with continuing opportunities to develop physical fitness skills, express courage, experience joy and participate in the sharing of talents, skills and friendship with their families, friends, other Special Olympics athletes and the community.

Follow along with the excitement of football and cheer for different teams each week. Each ticket has at least 18 chances to win and could potentially win more than once! Click here for tickets

A one-day event with teams competing to pull a Fire Truck 20 feet in the fastest time while raising money and having a great time! Click HERE to create a team fundraising page or click HERE to download a team registration form or to learn more about this event.

Join us Saturday, September 18, 2021 at The Truck Convoy® for a celebration of the trucking industry and its support of Special Olympics Wyoming athletes. It is a unique one-day celebration in which law enforcement escorts a convoy of trucks up to 50 miles through their respective towns across the U.S and Canada.  Pre-register by August 13, 2021

The flame serves as a beacon of inspiration to thousands during Law Enforcement Torch Run to Kazan, Russia.

Special Olympics Wyoming is proud to announce that athlete Izzy Vijiila from Gillette and Law Enforcement Officer Ty Mower of Casper has been selected to serve as part of the Final Leg team, serving as a Guardians of the Flame® as they run with the Flame of Hope throughout Russia in January 2022 leading up to the start of the 2022 Special Olympics World Games in Kazan.

Final Leg runners from around the world were selected to proudly represent their local Torch Run and Special Olympics Programs. The Final Leg team will embark on different routes, running the Flame of Hope throughout cities and communities across Russia at various events, honoring the spirit of the Special Olympics global movement, and delivering a message of hope to communities where people with intellectual disabilities continue to fight for acceptance and inclusion. The Final Leg Team will safely deliver the Flame of Hope to the 2022 Special Olympics World Games Kazan Opening Ceremony on 22 January 2022.

As one of only 10 Special Olympics athletes chosen out of a pool of nearly 30 athletes who were nominated, and one of 120 members of law enforcement chosen, Wyoming’s own Vijiila AND MOWER were selected to participate on the 2022 Kazan Final Leg Torch Run Team.

“We’re so pleased that Izzy and Ty will represent Wyoming during the Law Enforcement Torch Run Final Leg for the 2022 Special Olympics World Games.  This pair exemplifies the spirit of Special Olympics and will do a fantastic job of delivering a message of hope to those with intellectual disabilities around the world,” said Jen Haines, President & CEO of Special Olympics Wyoming. The organization will be working to fundraise to support this incredible opportunity throughout this year. The fundraising page links for both Izzy and Ty are here. (click on their name)

The Law Enforcement Torch Run® Final Leg for the 2022 World Games will take place from 9 January – 22 January 2022. A team of 120 team members which includes 96 law enforcement officer runners, 10 Special Olympics athletes, and logistics personnel – will serve as Guardians of the Flame as they run the Flame of Hope throughout Russia. The Final Leg event and community visits will raise excitement for the World Games throughout the country.

The Law Enforcement Torch Run® for Special Olympics (LETR) is Special Olympics’ largest grass-roots fundraiser and public awareness vehicle in the world. Nearly 110,000 law enforcement members in all 50 U.S. States, 12 Canadian provinces/territories, and 44 countries contribute to LETR efforts annually as Guardians of the Flame®, ensuring the delivery of the Special Olympics Flame of Hope to the Opening Ceremony of local Special Olympics competitions, state/provincial Games, and national/regional Games.

For more information on the Final Leg team and the members participating, please visit www.letr-finalleg.org

Founded in 1968, Special Olympics is a global movement to end discrimination against people with intellectual disabilities. We foster acceptance of all people through the power of sport and programming in education, health, and leadership. With more than six million athletes and Unified Sports partners in over 190 countries and territories and more than one million coaches and volunteers, Special Olympics delivers more than 30 Olympic-type sports and over 100,000 games and competitions every year. Engage with us on Twitter, Facebook, YouTube, Instagram, LinkedIn, and our blog on Medium. Learn more at www.SpecialOlympics.org.

The Special Olympics World Winter Games are among the world's most prestigious sporting events and are focused on advancing a truly inclusive world for people with intellectual disabilities. The World Games also provide a prominent platform for the movement's work in health, education, and leadership for athletes. For more information: https://sokazan2022.com

Kazan is Russia's capital of sports, a city with a thousand-year history, one of the country's largest economic, scientific, and cultural centers, a melting pot of diverse cultures, ethnicities, and traditions, and an exciting new destination for Special Olympics.

The Special Olympics World Winter Games 2022 will mark the first time the organization has brought a global competition to Russia. No stranger to major sports events, Kazan has played host an array of top sports competitions, including the 2013 Summer Universidad, 2015 FINA World Championships, and the 2018 FIFA World Cup.

Special Olympics Russia has been active for more than two decades and has 12,293 athletes taking part in sport and competition across the country.  It covers 62 regions and is strongly supported by the Ministry of Sport of Russia.

Its mission is to provide year-round sports training and athletic competition in a variety of Olympic-type sports for children and adults with an intellectual disability, giving them continuing opportunities to develop physical fitness, demonstrate courage, experience joy, and participate in the sharing of gifts, skills, and friendship with their families, other Special Olympics athletes, and the community.

Get Involved with Special Olympics

Creating a world of inclusion 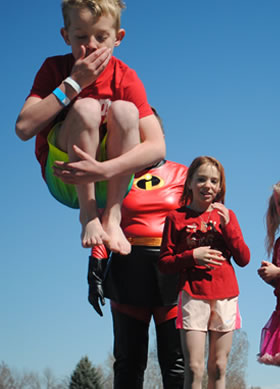 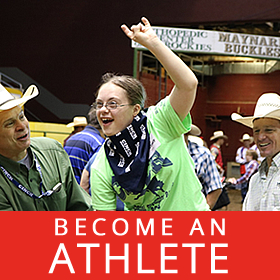 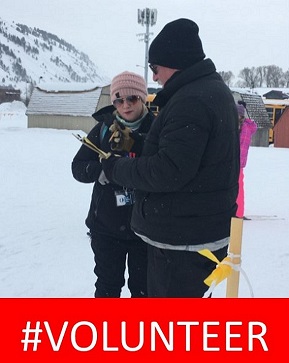 “Let me win. But if I cannot win, Let me be brave in the attempt.”

Special Olympics is founded on the belief that people with intellectual disabilities can, with proper instruction and encouragement, learn, enjoy and benefit from participation in individual and team sports, adapted as necessary to meet the needs of those with intellectual and physical limitations.

Special Olympics believes that consistent training is indispensable to the development of an individual’s sports skills. In addition, competition among those of equal abilities is the most appropriate means of testing these skills, measuring progress, and providing incentives for personal growth.

A Special Thank You to Our Sponsors!

Sign Up for the Special Olympics Wyoming Official Newsletter

Website made possible by a grant from the Wyoming Community Foundation.